Surveys of the grounds were undertaken in 2007 and 2009 under the guidance of members of the Archaeology Department of Notts. County Council to try to establish the footprint of the nave and chancel of the original church and also to determine where gravestones may be hidden underground. All the gravestones within the site are in a horizontal position and it is not known when, why or by whom, they were moved from their vertical position.

A final plan of the site was constructed, see below, and all gravestones found were numbered, recorded and photographed. 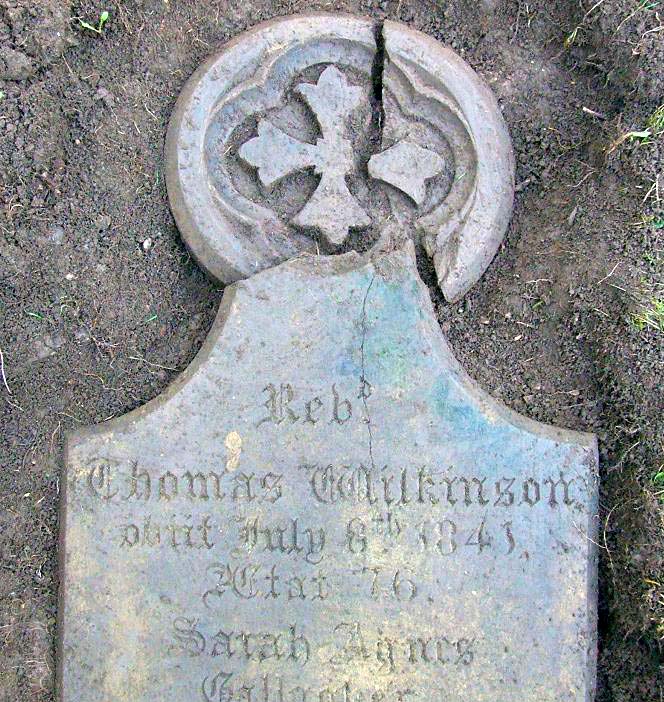 This photo shows the gravestone of Rev Thomas Wilkinson who died in 1841 and had served Bramcote for nearly 45 years. It is the only gravestone for a member of the clergy that has been found. The Celtic cross design has been incorporated into the History themed stone seat.

A geophysics survey in 2009 was inconclusive as to exactly where footprint of the chancel and nave may have been.