Over the years, the six chest tombs within the grounds – four at the rear of the tower and two by the side boundary wall-had succumbed to subsidence, erosion and vandalism. At the start of the project they were in a sorry state and some had almost collapsed. In 2006 the tombs were taken apart, new stone plinths constructed, and the stone panels put back together to form a solid structure.

The four tombs at the rear of the tower belong to various members of the Aislabie family who died between 1807 and 1863.

The two tombs near the boundary wall belong to Isaac and Elizabeth Burton who died in 1796 and 1793 respectively. 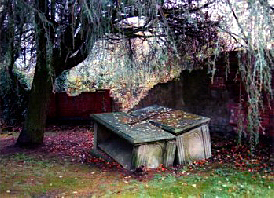 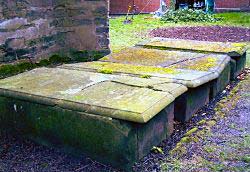 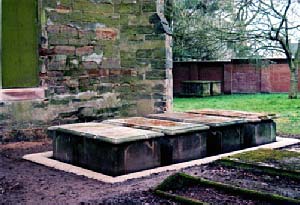 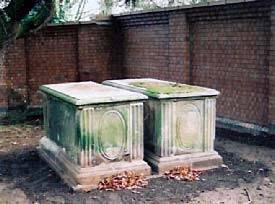