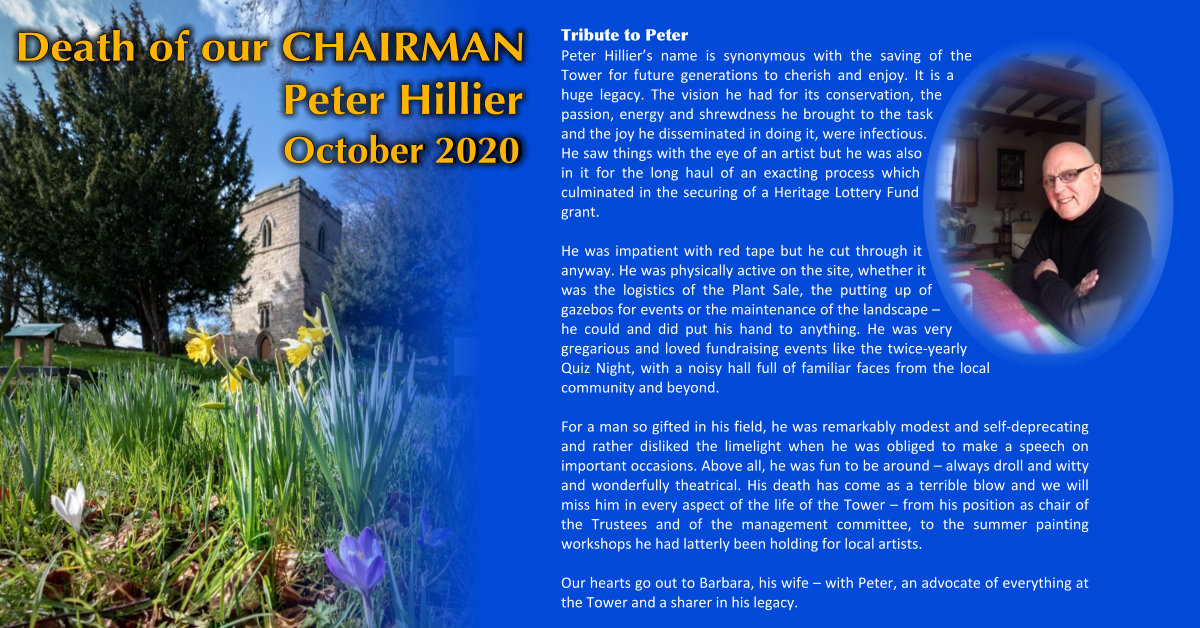 Peter Hillier’s name is synonymous with the saving of the Tower for future generations to cherish and enjoy. It is a huge legacy. The vision he had for its conservation, the passion, energy and shrewdness he brought to the task and the joy he disseminated in doing it, were infectious. He saw things with the eye of an artist but he was also in it for the long haul of an exacting process which culminated in the securing of a Heritage Lottery Fund grant.

He was impatient with red tape but he cut through it anyway. He was physically active on the site, whether it was the logistics of the Plant Sale, the putting up of gazebos for events or the maintenance of the landscape – he could and did put his hand to anything. He was very gregarious and loved fundraising events like the twice-yearly Quiz Night, with a noisy hall full of familiar faces from the Bramcote community.

For a man so gifted in his field, he was remarkably modest and self-deprecating and rather disliked the limelight when he was obliged to make a speech on important occasions. Above all, he was fun to be around – always droll and witty and wonderfully theatrical. His death has come as a terrible blow and we will miss him in every aspect of the life of the Tower – from his position as chair of the Trustees and of the management committee, to the summer painting workshops he had latterly been holding for local artists.

Our hearts go out to Barbara, his wife – with Peter, an advocate of everything at the Tower and a sharer in his legacy.